My daughter is 8 years old in a few days, and she’s expressed a lot of interest in board and video games. She’s also said that she wanted to “make up her own game.” After seeing a post a few months ago with a $20 Game Design Kit (sadly, the original link no longer works, but here’s a post that contains a fair amount of it), my wife and I decided we would put one together for our little girl.

Few things have been more creatively enriching than walking around a dollar store (and later, a craft store) searching for potential game pieces among the stock.

The whole kit is about giving options for different types of games and bits you need for those games, as well as creating inspiration for themes. 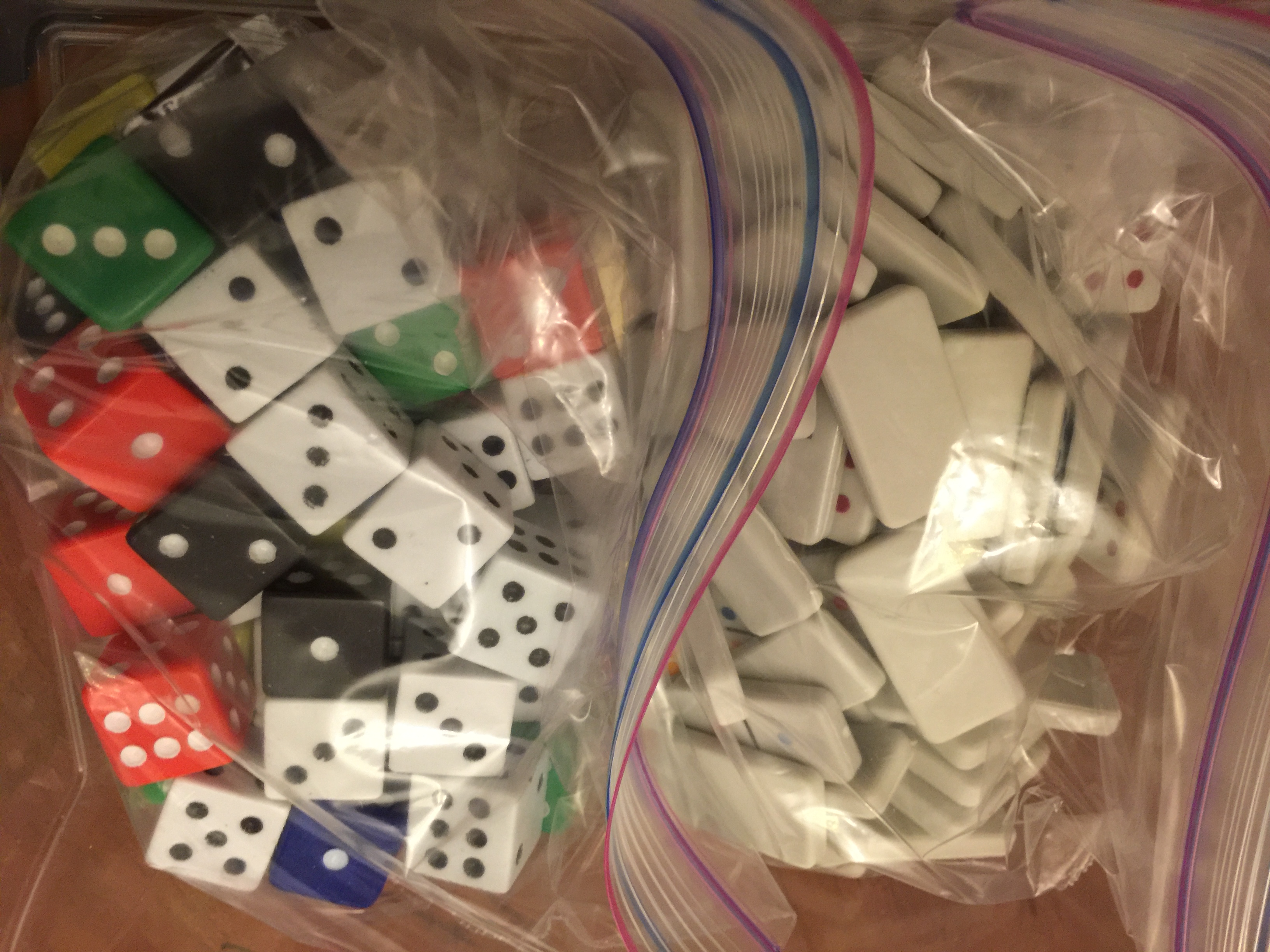 At our local dollar store, I found a pack of 5 white and 5 differently colored 6-sided dice. Considering the other pack just had 5 white dice, the 10 dice for a dollar was a steal. I grabbed a few of them so she’d have a bunch, and several of each of the non-white colors. I also grabbed a box of dominoes and a two-pack of standard playing cards.

Most games require some sort of tokens that represent resources and currency, so, no brainer, I picked up some fake cash. However, I could have probably got better results by raiding an old Monopoly set. This was a case of “you get what you pay for.” The plastic coins had COPY stamped on them more prominently than the image, and the money was literally stapled together.

In the toy section, race cars could be used to give a physical representation of racers in a Mille Bornes-style game. Army men could be used for a strategy game. 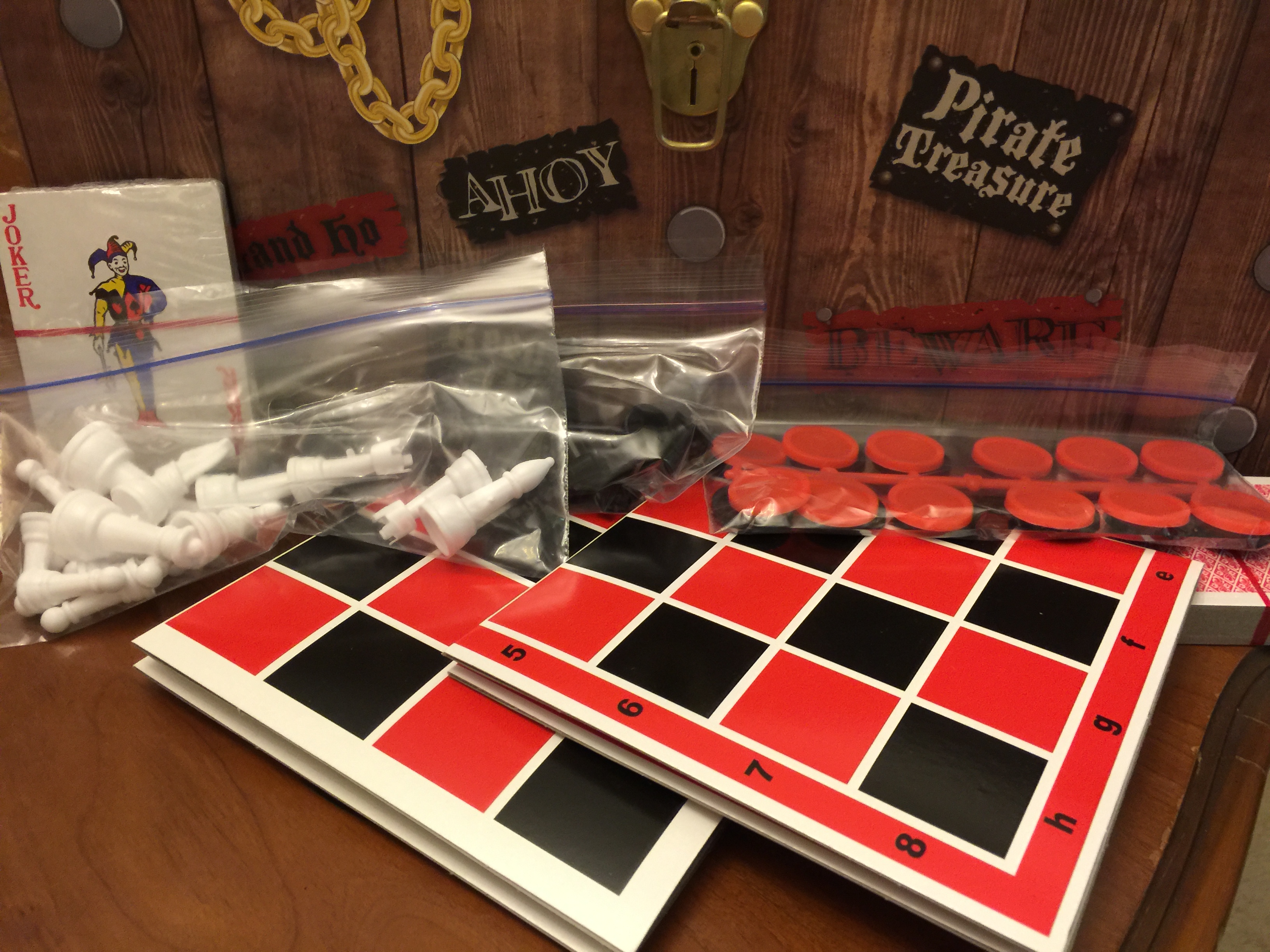 In the games and toys at the dollar store, really cheap chess and checkers games can be plundered for their parts or as a base to start a conversion. The store I was at also had flash cards, memory games, and puzzles that I opted not to get, but could be used for all sorts of things.

I got her white construction paper for prototyping of boards, some assorted colored construction paper to cut out shapes as needed, and some foam board for a “final” board prototype. For good measure, the dollar store had a little white board that could be a reusable planning surface or for scoring. 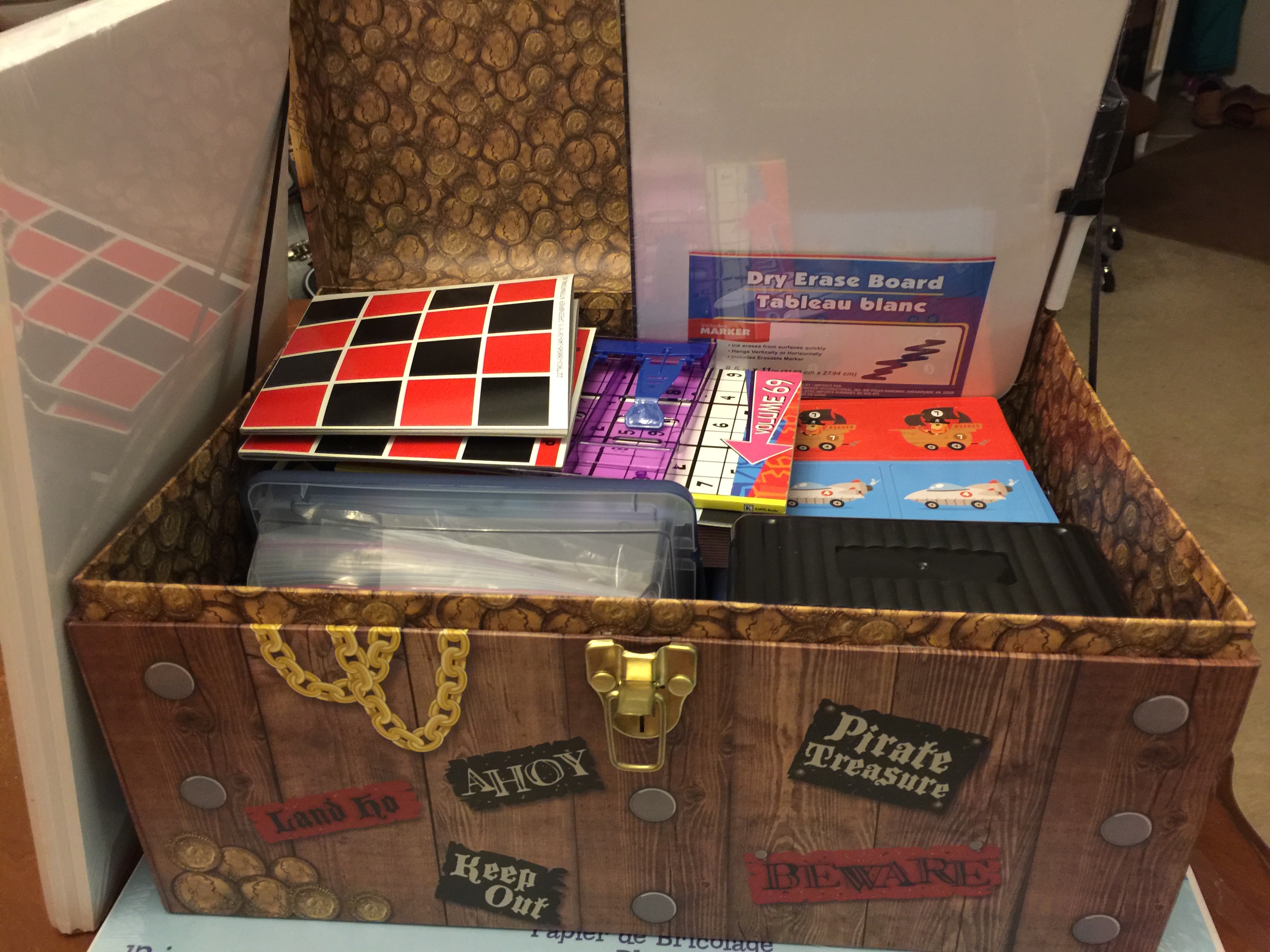 At a local craft store, I found a cute pirate-themed box and some storage boxes. I opened all the erasers and other boxes, sorting things into plastic bags, and putting like things in storage boxes.

Anything else? Any other suggestions?

The Fundamentals of Game Design